Probate House Saga and Mystery – Read at your own risk!

My post the other day with the totally destroyed house here in Sacramento reminded me of another probate house from a few years ago. This one involved an incredible mystery which I will try to get to in the coming days. However, for today I’ll just give you the basic overview and some pictures of the house.

A single man lived in this house. The house was in a quiet neighborhood near Sacramento.  He was a retired professor from a major university.  The term “nutty professor” comes to mind… though when you see the pictures you’ll realize it was much worse.  MUCH WORSE.  The pictures below are graphic and rather disgusting. This post is not for the faint of heart.

The house was facing foreclosure when I was hired in early 2009. The nutty professor had died and his family had come in to try and take care of his final arrangements. They told me the house was in very poor condition. I said, “ohhhh, I have seen horrible houses… so send me the pictures.  My client warned me, “no really… the pictures are disgusting….”

Well, I got a look at the pictures and yes they were disgusting. I forwarded them to a few friends hoping to find someone that would buy it out of foreclosure to make some money for the estate. We tried to get a Realtor to list it but time was short.

We had no valid reason to file a motion for a temporary restraining order to stop the foreclosure so we contacted the bank and slowed them down. While we slowed the bank down we worked hard to find a buyer.  We were ultimately not successful as the house was in too bad of condition that people didn’t want to take a chance. There is uninhabitable and then there is this.

This man, the nutty professor, was actually living here.  You start at the front door and it looks pretty innocent right.  His Mustang convertible in the driveway…. 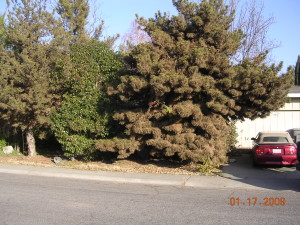 The front door does not show what’s going on behind closed doors…. 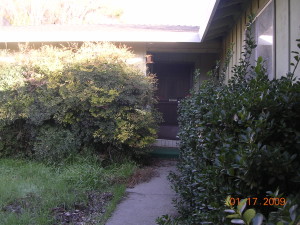 The backyard looks fine and even has a pool…. 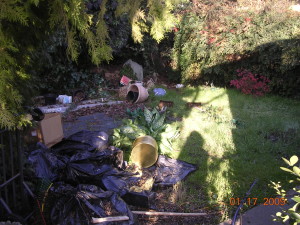 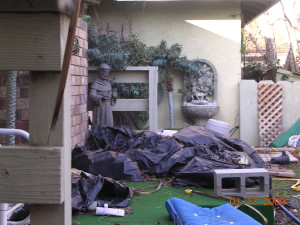 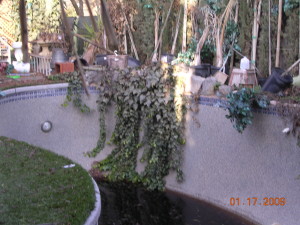 Ok, so the pool is not well kept.  I guess the nutty professor stopped paying the pool service!?

It does have a laundry room though…. 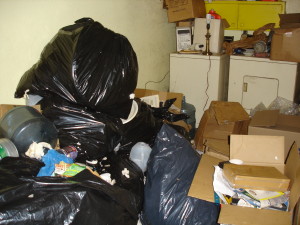 It also has a two car garage…. 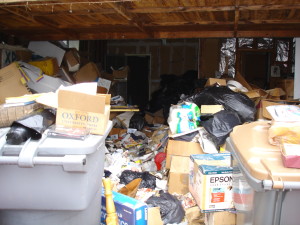 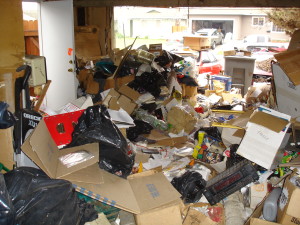 Ok, now is where it gets a tad graphic and rather tragic.  The above shows a common problem. An elderly person who hoards stuff and doesn’t throw ANYTHING away.  That’s NOTHING….

The nutty professor liked movies… are those Betamax tapes!? 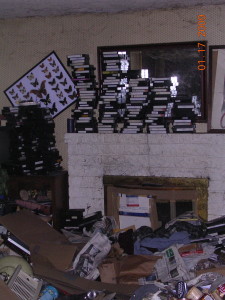 There is a fireplace though….

Now the brutal pictures. Remember someone was LIVING HERE! 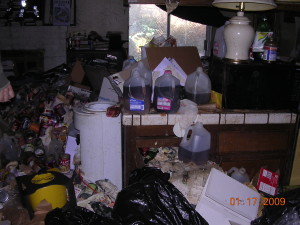 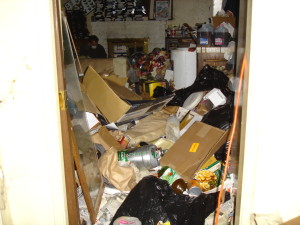 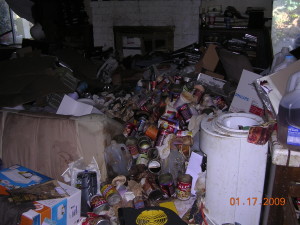 You still with me?  Maybe the pictures aren’t graphic enough for you?  Some more information may help to show how disgusting this situation was. Remember this man was a retired professor from a university.  There was no running water… i.e. no plumbing. Can you guess what’s in the jugs and cans?

I also see cans of Alpo but as far as I know the man didn’t have a dog. However, let’s hope he did.

You ask, did he not have any money? He was a retired professor with a pension from a major university. Certainly he could have called the plumber at least.

This is the mystery!  He had a back tax bill of several hundred thousand dollars but no money in the bank.  We researched tax records, subpoenaed bank records and you know what we found?  It’s actually REALLY interesting.  Come back another day and I’ll tell you!

Get a free copy of California Probate book